The Administration has placed a priority on reducing the flow of illegal immigration from Central America, specifically El Salvador, Honduras and Guatemala. In order to obtain cooperation from the Northern Triangle countries to reduce illegal immigration, the Administration froze their foreign aid. This led to extensive negotiations between the countries and the United States government.

This past September, Guatemala signed a memorandum of understanding (MOU) with the U.S. Government. MOUs with El Salvador and Honduras are expected to be signed in the coming weeks. In exchange for the Northern Triangle countries agreeing to establish “safe third country agreements” (asylum seekers have to apply for asylum in the first country they enter) the U.S. Government has agreed to make a concerted effort to increase the number of El Salvadorans, Guatemalans and Hondurans in the H-2 programs. Data shows that the higher the number of H-2 program participants for a given country the lower the rate of illegal crossings. 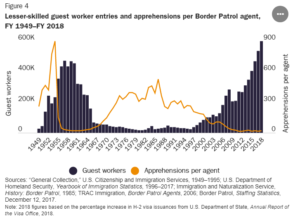 Heading into the 2020 appropriations cycle, we recognized that the Administration was likely to once again be granted the authority to release additional H-2B visas. Given that it is a priority of the U.S. Government to increase the participation of N Triangle workers in the H-2 programs, DHS’ discretion to release additional H-2B visas presented an excellent opportunity to obtain more visas while simultaneously fulfilling the U.S. government’s goal of increasing the number of H-2B program participants from the N Triangle countries.

Dana Deree, Counsel General to the U.S. Embassy in Honduras, and  his team have taken numerous steps to improve the processing issues and high denial rates employers had been encountering in Honduras.  In December, he toured the United States to meet with employers, agents and facilitators to explain the changes that he, his team and the Honduran government have made.

Last week, the US Embassy and Honduran Ministry of Labor hosted an H-2 visa forum in Tegucigalpa. I attended and am extremely impressed by the job of Deree, Morrissey and their team at the U.S. Embassy. They have transform the H-2 visa process in Honduras. They are receptive to your concerns and feedback and will act. None of the typical excuses and slow walking!

On Tuesday, Deree hosted a panel with a representative from the Honduras Ministry of Labor, Ministry of Affairs and the U.S. Chamber of Commerce. A few highlights:

On Wednesday we were taken to observe the pre-vetting process. It is a two-step process. The workers documents are verified, immigration history checked etc. If approved, they then go through a more extensive interview. The interview consists of a strength and color test. The interviewers are trained to confirm that the workers are coming to the United States to work and have the proper reason for wanting to participate in the H visa programs. This is to establish that the workers are not coming to visit a relative, for fun, to travel etc. 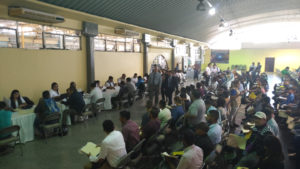 Deree, with the Honduran Ministry of Labor, has personally recruited over 800 Honduran workers. 60% of the workers going through the pre-vetting process have been recruited by Deree and 40% are walk-ins.

The Honduran Ministry of Labor is partnering with USAID to train the Honduran workers for specific H-2 jobs. This could range from landscaping to a Ferris wheel mechanic. It is a four week training course and is of no cost to the employer. 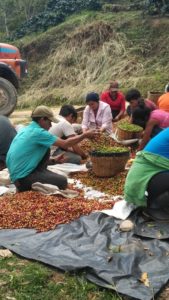 On Thursday we visited the processing facility and farm of Espresso Americano, the largest coffee company in Honduras. We were hosted by the the company’s owner, Eduardo Kafati. The company was founded by his father. The peak season for coffee bean picking is December-March. Kafati is hoping that he can work out an agreement with U.S. employer/agents to place his workers in H-2B jobs from April-November.  He believes he will have greater success recruiting workers if can guarantee them greater job stability. 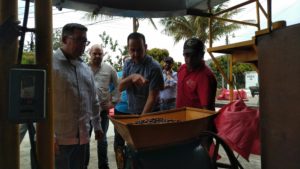 The U.S. Embassy and Honduran Ministry of Labor have made tremendous strides in making Honduras a compelling option for H-2B employers seeking seasonal workers. It is likely there will be a carve out in DHS’ supplemental H-2B visa rule for new workers from the N Triangle countries. I encourage you to consider Honduran workers and contribute to good public policy. If you decide to bring in Honduran workers, you will be helping reduce illegal immigration while also benefiting the people of Honduras!