Employers  must  obtain  a  Prevailing  Wage  Determination  from  the  National Prevailing Wage Center  to  establish  the  wage  which  must  be  offered  to  H-2B  and  U.S. corresponding workers. The wage must equal or exceed the highest of the prevailing wage, applicable Federal minimum wage, the State  minimum  wage, or  local  minimum  wage  for the described job  (‘occupation’)  in the area of intended employment during the entire period of the approved H-2B labor certification. The   wage   level, referred to as the “H-2B mean wage,”  is classified as level three, resulting in wages that significantly exceed the federal minimum wage. The process of receiving a PWD averages 3-4 weeks and can take up to two months. The FY20 nationwide average H-2B wage rate for landscaping and grounds keeping workers is $14.81 an hour. 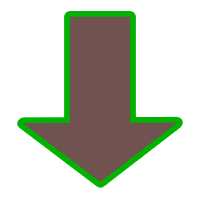 Employers file a job order with a State Workforce Agency (SWA) and submit the H-2B application to the Chicago National Processing Center (CNPC).

The SWA and CNPC review the application and the job order for completeness and compliance with program requirements. DOL is obligated to tell  employers  if  their application  has  been accepted for processing within seven business days (“Notice of Acceptance’), otherwise it issues a Notice of Deficiency (NOD).

Step Four: (Recruitment activities begin with the Notice of Acceptance and continues until 21 days prior to the date of need)

After  their  application  is  accepted,  employers  recruit  American  workers  for  the  job, including posting online with the State Workforce Agency and on USDOL’s  Public Job Registry, through internal job postings at the place of employment as well as contacting former employees.

Step  Five:  (DOL  endeavors  to  certify  cases  at  least  30  days  before  the  start  date,  but  it  depends in  large part on when the Notice of Acceptance is issued, since recruitment activities must be completed prior to certification.)

Step  Six:  (With premium processing, USCIS action must occur within 15 calendar days. CIS can issue a Request For Evidence which results in delay. USCIS has up to 15 additional days to approve or deny upon receipt of an RFE response. If a case is denied, an appeal must be filed within 30 days and USCIS charges $675.)

USCIS reviews the petition to confirm the temporary nature of the employment opportunity and other details of employment validity. Once approved, USCIS notifies the U.S. embassies and consulates in the countries from which the employer seeks to hire H-2B workers.

Step  Seven:  (The DOS charges a $190 ‘machine readable visa’ (MRV) fee to each visa applicant. This must be paid by the employer. If working with a third party to recruit or coordinate foreign workers, the employer must bear the cost of any services. Typical turnaround time for an appointment in Monterrey, Mexico is 7-14 days out from the date the appointment is requested.

Once an employer has recruited the foreign worker they want to hire and the appointment has been made, the worker applies for an H-2B visa at the U.S. Embassy or Consulate in his or her home country. The Department of State interviews the applicants and conducts background security checks. Once a visa is issued, the employees travel at the employer’s expense to the United States to be hired for work. Employers must pay for the I-94 card ($6), cost of travel, daily subsistence (meals), and overnight lodging from the worker’s home to the place of employment. Average total cost of bus transportation, subsistence, and lodging for a worker from Mexico is approximately $415 per worker.

Total Costs: An H-2B application represents a single occupation in a geographic area for a set number of workers. Government application fees are  not affected by the  number  of  workers. If an employer intends to employ workers in multiple occupations, he would have to file separate applications for each job category (ex. Housekeepers  and  wait  staff)

Application preparation fee – generally ranges from $2,500 to $4,500 per application. Some agents charge a per-worker fee in addition to the base application fee.

Given the variables of agent fees, transportation costs and worker countries of origin it is hard to generalize but it typically costs between $1,500 and $3,000 per worker in fees and costs to participate in the H-2B program. Employer-paid  housing  subsidies  are  another  variable  which  is  hard to quantify.