On September 22nd we hosted a a panel discussion with the Center for Immigration Studies (CIS) titled, “Are guest-worker programs needed in today’s COVID economy?” We sincerely appreciate CIS’ participation in this important discussion. In this current political climate, it is not often that two opposing sides are willing to engage in a conversation to determine if common ground can be found. The discussion centered on seasonal employers and their efforts to recruit American workers.

Jessica Vaughan of CIS asserted that the fact that there are millions of Americans unemployed proves that there is not a labor shortage and that seasonal employers should have no trouble finding workers. The employers countered by saying they make every effort to hire American workers but there are not enough Americans willing to work manual labor jobs. So far this year, Mike Leman of Singing Hills has hired 46 Americans but only 12 remain with his company. Gallegos Masonry started a DOL certified apprenticeship program in 2013. To date they have had 40 students enter the program but only 3 have completed it.

Gary Woodworth, Gallegos Masonry (Wolcott, CO): “We work with students in high school to get them introduced to our company through a program called career wise where we pay them [to work] 16 to 24 hours a week in lieu of going to class…They get their class credits for that [work]. They work for us once they graduate [in] the gap year between high school and college. Yet, we still can’t get numbers in our entire community beyond 15-18 students that we can get into these programs, they’re choosing other options or choosing not to work. We just find that there is not the availability of the workforce.”

The workforce has changed over the last thirty years making it more difficult for small businesses to find seasonal workers to perform manual labor. Manual labor jobs are now looked down upon and every high school student is encouraged to go to college. Few are choosing to go into the trades or work there way up through occupations that requires manual labor.

There was agreement on this point.

Mark Krikorian, Center for Immigration Studies: “Maybe the people who would in the past have taken landscaping jobs may actually be are less willing to do it. They may not be willing the available workers may not have been all that great workers. I believe that.”

Jessica Vaughan made the point that the lack of wage growth in the landscaping industry is proof that there is not a shortage of workers. Leon Sequeira, Attorney and former Assistant Secretary of Labor, pointed out that illegal aliens comprise over 21% of the landscaping workforce while H-2B workers only comprise 5%. But no one says anything about the effect of the illegal alien workforce on the wage rates in the H-2B occupations.

The H-2B wage rate is the mean wage rate for the occupation.

WHAT IS BEING DONE TO ATTRACT AMERICAN WORKERS?

Krikorian and Vaughan alleged that with millions unemployed there is no need for the H-2B program. There are plenty of unemployed Americans to hire. The employers countered by listing the methods they use to recruit American workers and by saying you can’t force someone to take a job.

There was a point of agreement that employers are making a concerted effort to hire American workers.

Jessica Vaughan, Center for Immigration Studies: It sounds like a lot of you are trying to work harder to recruit and work hard to find them and match them up with what you have available.

Greg Osterhout of Northern Stone said he has difficulty finding American workers who only want to work six months. What are these workers supposed to do for the other six months?

Mark Krikorian, Center for Immigration Studies: The problem here, in fact, it seems to me maybe the key problem from what some of you have said, and it makes sense, is seasonality itself. It is entirely plausible that in a modern, developed economy, season, the late workers are simply going to be much less interested in seasonal work, that seasonality itself is an anachronism in a developed economy. And I don’t have a good answer for you there.

SEA is willing to work with CIS on any ideas it has on improving awareness of these positions to American workers. Krikorian suggested a domestic guest-worker program where American workers in economically depressed areas are recruited to work for H-2B employers. We support making all Americans aware of the available H-2B positions but no additional government program is needed. DOL already runs an online jobs bank that lists every open H-2B position. H-2B employers are required to offer American workers the same conditions of employment as their H-2B workers. This means that an employer would be required to pay for the transportation for an American worker to the place of employment.

LOSS OF AMERICAN JOBS/IMPACT TO THE ECONOMY

The H-2B industry repeatedly cites the study that each H-2B workers supports the jobs of 4.64 American workers. They support the jobs of the H-2B users full-time, year-round American workers and the downstream equipment manufacturers, suppliers, vendors etc. CIS disputes this assertion. Did the employers offer any additional insight to validate the study cited by the industry?

Mike Leman of Singing Hills Landscape said as a result of not receiving his H-2B workers this years he has delayed the planned hiring of a CFO, account manager, landscape design architect and project manager. This represents over $300,000 in lost wages for American workers. 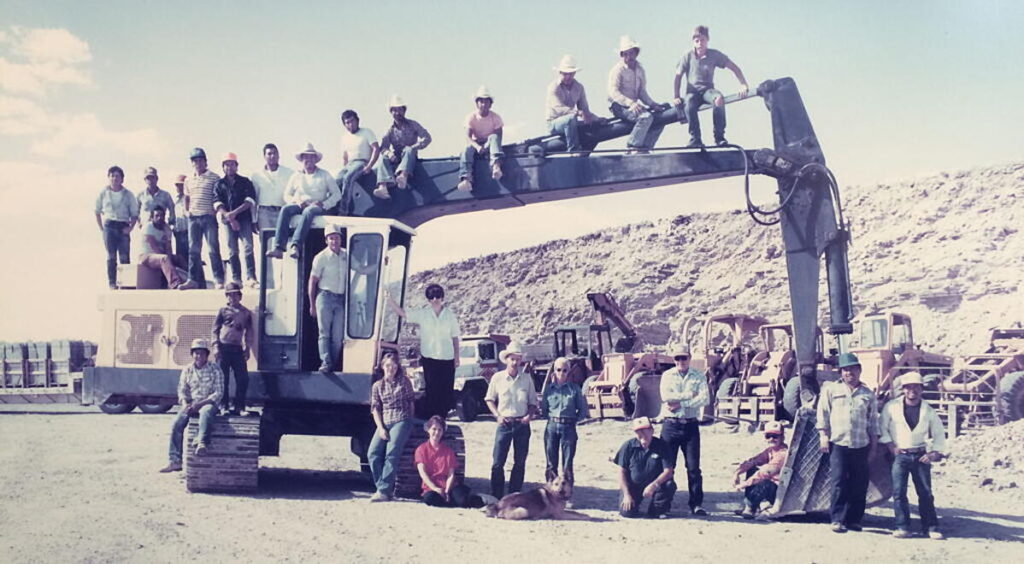 Greg Osterhout, Northern Stone (Oakley, ID): And it goes far beyond just our company, because the companies that build our pallets work year round, so that they can supply as pallets in the summer. The truck drivers that all our material, it takes about 30 full time trucks to haul our material to the markets. With without our seasonal workers. We don’t we don’t need truck drivers. If I can’t put material in crates and ship them to Colorado, Gary can install them. It’s where the very beginning of a big river of American jobs.

There was agreement on the following issues:

CIS said that it is not the job of the government to provide the employer access to foreign labor. Our contention is that it is the job of the government to support American small businesses and American jobs when a shortfall in the workforce exists. Congress created a seasonal guest-worker program in the 1950s and has recognized ever since that a seasonal guest-worker program is in the national interest of the U.S. economy and American worker.

SEA is committed to working with CIS and other H-2B program skeptics to reach a solution that protects American workers and gives seasonal employers access to a stable workforce.